What is Hemp? Everything You Need to Know

by Aaron Cadena
in Hemp and Marijuana

With over thousands of documented usages such as making clothing, paper, fuel, CBD Oil and more, Hemp has benefited mankind countless times throughout our history. However, many of our readers still frequently ask us…. what is hemp?

Hemp is an incredibly versatile plant that has played an important role in the history of mankind. With the capability to be used to produce crucial resources such as rope, clothing, paper, and more, hemp has been the catalyst for man’s earliest innovations. There is even archaeological evidence that we were using hemp as long as 8,000 years BC.

Over the years, the hemp industry has experienced a lot of ups and downs, but with the recent explosion in the popularity of CBD and a shift in demand for natural products, the industry is experiencing a renaissance.

Due to this new demand for hemp and hemp-based products, farmers and green-fingered entrepreneurs all over the world are turning to hemp cultivation as the next big thing.

But what is hemp, Is it legal and safe to use, and how exactly can hemp be used? Dive in to find answers to these questions and more.

Overview hide
1 What is Hemp and How is it Different from Cannabis and Marijuana?
2 The Legality of Hemp
3 The History of Hemp
4 The many uses of hemp
5 The Future of Hemp

What is Hemp and How is it Different from Cannabis and Marijuana?

Before we get to the nitty-gritty of this article, it’s best to clear up the matter of what exactly hemp is, and how it relates to Cannabis and Marijuana.

First off, they aren’t all the same thing.

Cannabis is a classification of plants with various species, and Hemp and Marijuana are both species of plant within the Cannabis family.

Although Hemp and Marijuana are both species of Cannabis, they have several distinct differences.

The visual appearance between the two plants is very distinct.

The marijuana plant features broad leaves, dense buds, and has a bushy appearance. The Hemp plant, on the other hand, features skinny leaves that are concentrated towards the top of the plant, and grows taller and skinnier marijuana, with few branches beneath its upper portion.

When compared side by side, there is a clear difference between the two plants.

The process to cultivate the two plants and the environments required are also very different.

During their 60 to 90 day growth-cycle, Marijuana plants are planted with ample space between each plant (they’re often grown 6-feet apart), and in order to properly cultivate, Marijuana plants require a carefully maintained, warm and humid climate.

In stark comparison again, Hemp plants are grown closely together (often as close as 4-inches apart), and can be grown in a variety of different climates with a growth cycle between 108 to 120 days.

While Marijuana contains high amounts of THC – the intoxicating compound found in THC, responsible for “getting you high” – Hemp has a very low amount of THC.

Because of this Hemp is grown primarily for industrial purposes, while Marijuana is grown for recreational and medicinal purposes.

The difference in THC-content is also the primary factor in the legality of each plant. Because marijuana has a high-amount of THC, its usage, sales, and cultivation are only legal in few states. Hemp, on the other hand, is typically legal based on several factors.

The Legality of Hemp 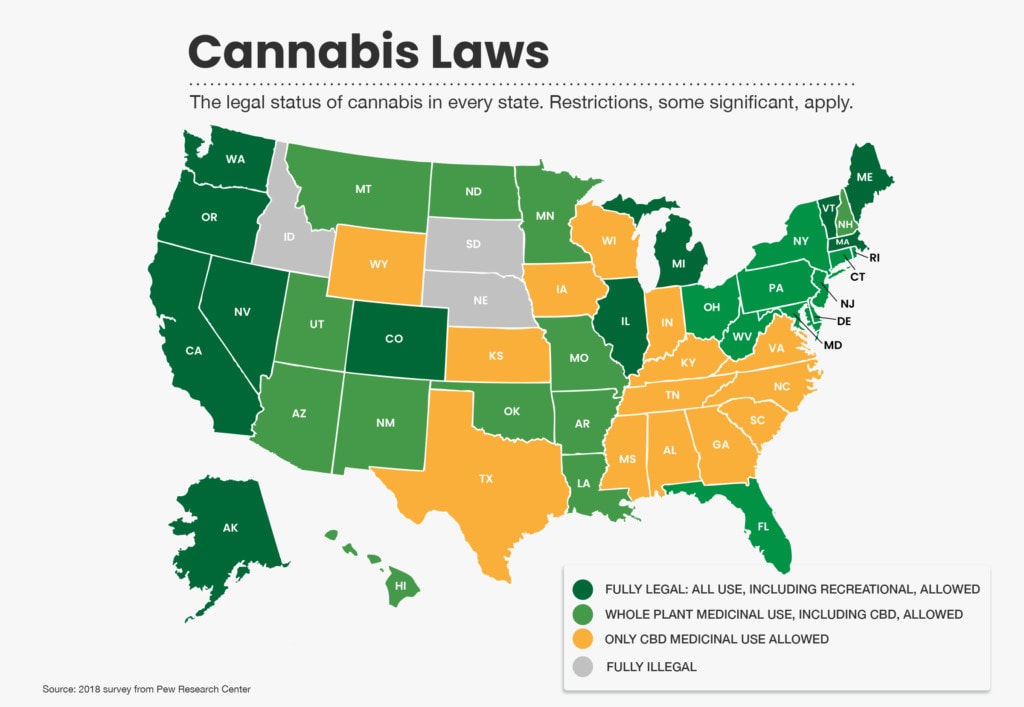 Each state/country will have varying laws based on the usage, sales, transportation, and cultivation of hemp, each of which will typically depend on the THC-content of the hemp plant.

That being said, the usage of hemp and hemp product like lotions, oils, foods, etc. is completely legal and these products can be found in stores across the country.

In order to partake in the cultivation, transportation, and/or sales of these products, you may be required to obtain certain licenses or other requirements based on state laws, so make sure to do your research before doing so.

The History of Hemp 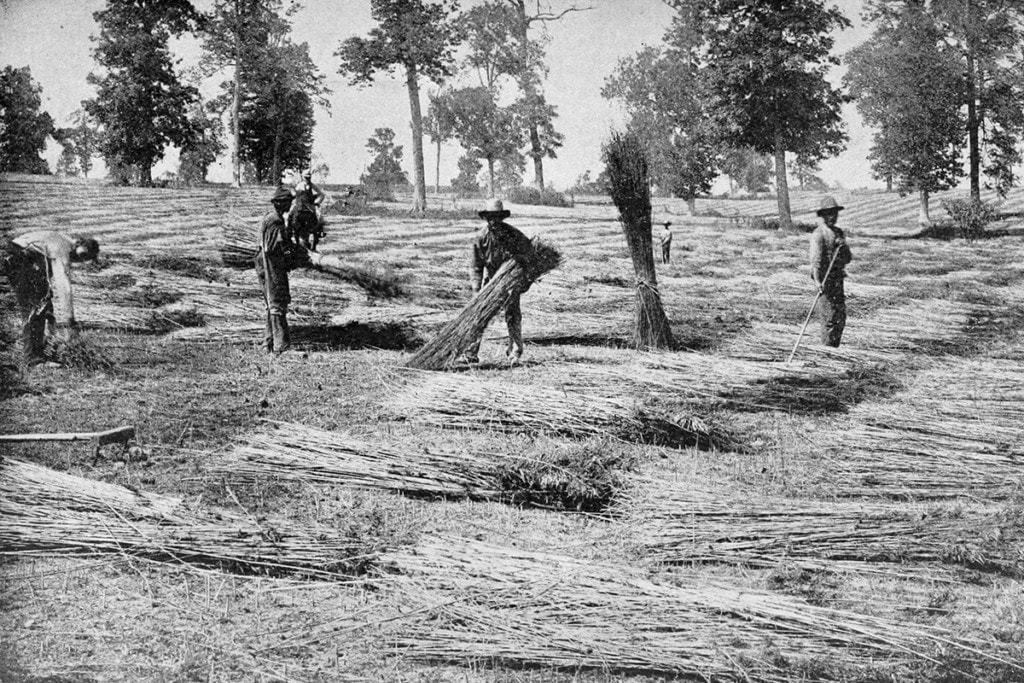 The cultivation of hemp dates back thousands of years. In fact, hemp was probably the earliest plant cultivated for textile fiber. Archaeologists have even found the remains of hemp cloth in ancient Mesopotamia which dates back to around 8,000 BC.

Thanks to this find and similar others, it is widely thought that hemp cultivation represents the oldest example of mankind’s industrial efforts.

Over the years, hemp has played an important role in the development of human societies. It was used to make the 600-year-old Gutenberg Bible, as well as the sails of the English fleet of ships that defeated the Spanish Armada. In fact, at one point, it was illegal for farmers in England not to grow hemp.

In America, too, hemp has been held in high esteem by those in power. Founding Father and former President Thomas Jefferson is quoted as saying, “hemp is of first necessity to the wealth & protection of the country.”

Later, George Washington encouraged the cultivation of hemp when he said, “make the most you can of the Indian Hemp seed and sow it everywhere.”

The many uses of hemp

We can see how important hemp has been in the history of the human race. But what makes this plant so special? Let’s take a look at the many uses of hemp, as well as why it is so valuable to our future.

As previously mentioned, hemp fiber has been used for millennia. It can be used to make fabrics and textiles, rope and paper. The word ‘canvas’ actually derives from the word cannabis.

The seeds of hemp are extremely nutritious and were first thought to be eaten by the Ancient Chinese and Indians. They have a nutty taste and can be eaten raw, ground up, sprouted, or made into dried sprout powder. Hemp seeds also contain a very beneficial oil that is high in unsaturated fatty acids, including an optimal 1:4 ratio of omega-3 to 6.

Additionally, hemp milk can be made from hemp seeds, while the raw leaves of the hemp plant make a nice addition to salads.

Hemp can be made into a variety of building materials. These include concrete-like blocks called ‘hempcrete’, biodegradable plastics, and wood replacements.

These materials have been used in the manufacture of many things, including electronics, cars and houses. In fact, the first American home made of hemp-based materials was completed in August 2010 in Asheville, North Carolina.

Remarkably, the oil from hemp seeds and stalks can also be made into biofuels such as

Biodiesel – sometimes known as ‘hempoline’. While this biofuel can be used to power engines, it does take quite a lot of raw material to produce a substantial amount.

In the last few years, the CBD industry has exploded. Across the globe, the all-natural benefits of CBD has resulted in a huge demand for CBD products, with hemp being the primary source of CBD. 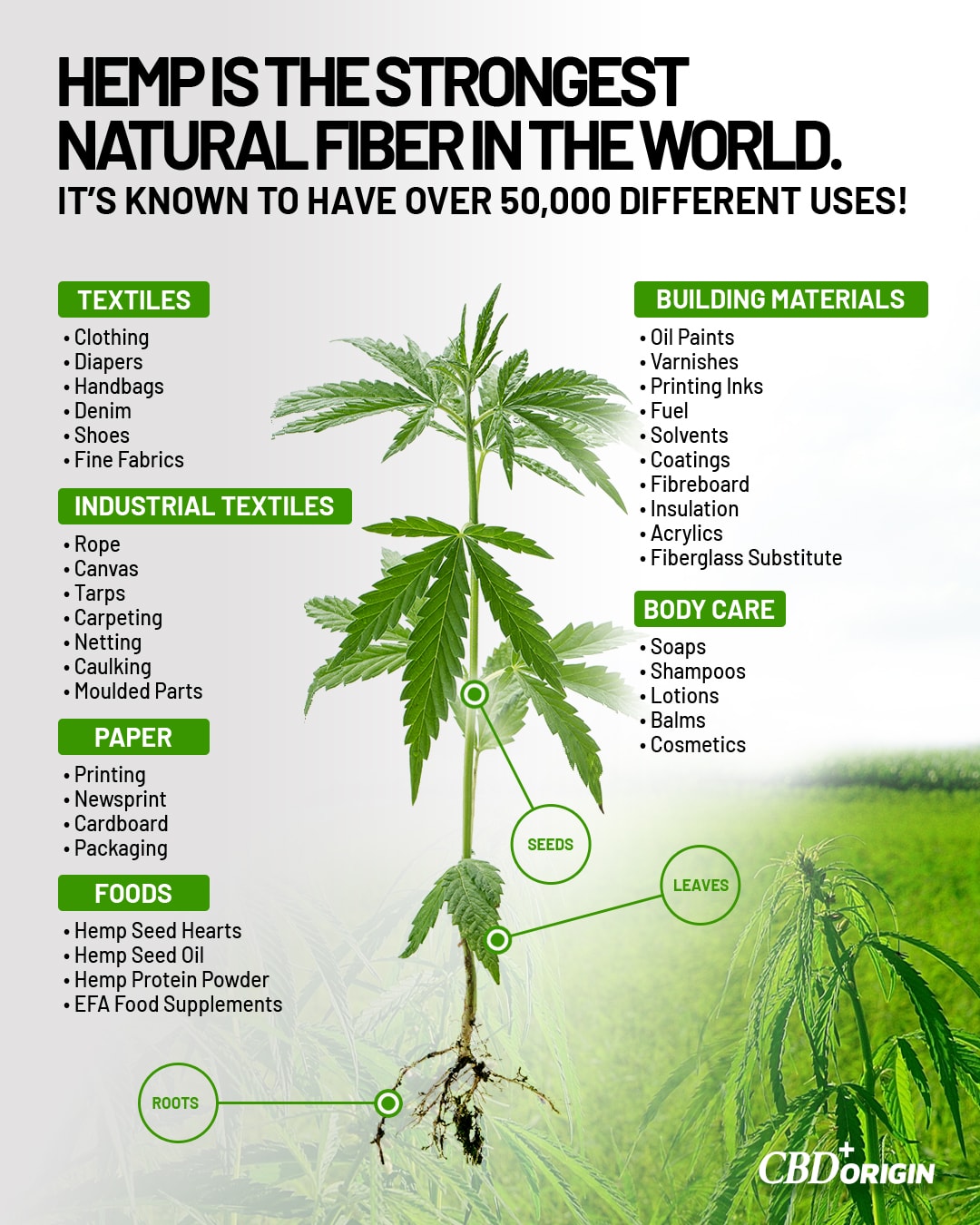 The Future of Hemp

With the fast-growing popularity of CBD throughout the globe, and dozens of practical usages and bio-friendly alternatives made possible by hemp, the hemp industry is positioned to continue to skyrocket. The only challenge left now is to continue to build awareness and educate the general public.

In the near future, who knows, this humble plant may play an even bigger role for mankind than it has in our past. Let’s all do our part and see what the future of hemp holds for us.

CBD vs THC: What's the Difference?