What is Cannabichromene (CBC)

by Stephanie Jensen
in Best Of, Learn About CBD

When we think of cannabis healing, the two cannabinoids that come to mind are CBD and THC.

But we tend to forget about other cannabinoids, such as cannabichromene (CBC). It’s a common misconception that CBC is a minor cannabinoid. In reality, it’s identical to CBD and THC.

Here, I will discuss what CBC is and how it can help you. From here, I will recommend some full-spectrum CBD products made with cannabichromene.

Cannabichromene (CBC) is a cannabinoid that only slightly differs from CBD. While it’s weaker, it does activate CB2 receptors, showing more promising effects on pain, inflammation, and even skincare.

Unfortunately, there aren’t many CBC products out there. The Nuleaf Naturals CBC Full-Spectrum Oil is your only option if you want a CBC product. You can achieve healing in more ways since it’s a full-spectrum oil. That and this product contains no additives. 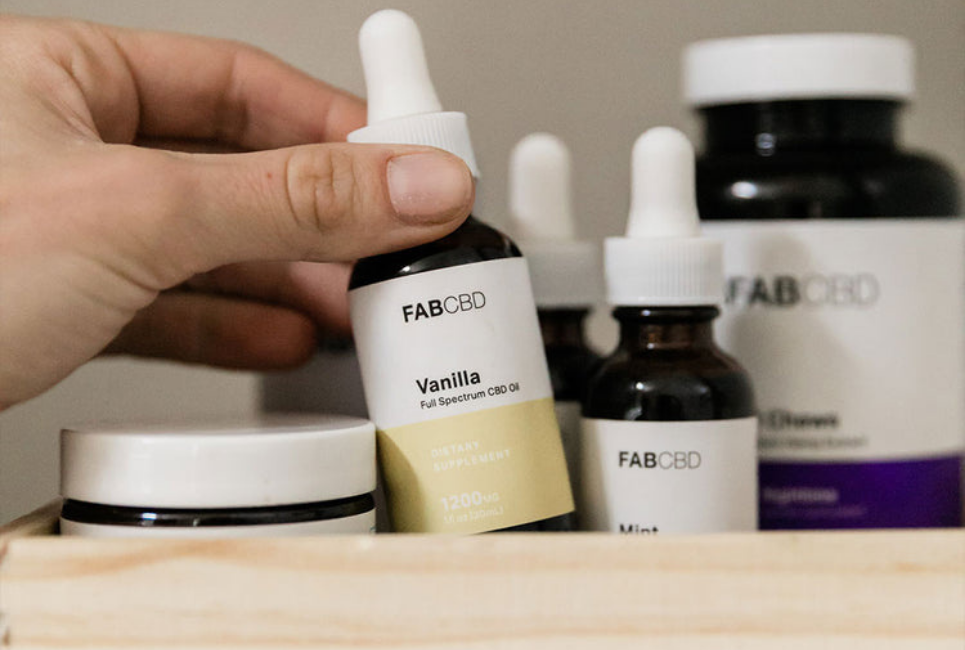 CBC is a powerful cannabinoid with non-psychoactive properties. Like other cannabinoids, CBC interacts with our endocannabinoid system to cause various effects, though you won’t experience the “high.”

Specifically, it activates our CB2 receptors. It has many similar effects as CBD but works better when combined with other cannabinoids as opposed to by itself.

The main difference between the cannabinoids is they behave differently in the endocannabinoid system.

As stated previously, CBC activates CB2 receptors. However, CBD has a more indirect effect. The cannabinoid influences a wide range of your bodily systems, which is why it can target many areas that need healing.

CBC vs Other Cannabinoids

Cannabinol (CBN) is technically not a cannabinoid of its own but comes from the main exterior of THC. This means that CBN has some psychoactive properties but is very mild compared to THC.

CBN is best known for its sleep-inducing capabilities. It’s often found in Indica plants, the type of cannabis plant that induces sleep. Because of this, you can find CBN products for those who struggle to fall asleep.

Cannabigerol (CBG) is nicknamed “the mother of all cannabinoids.” Many cannabinoids were formed from cannabigerol acid, which is the acidic form of CBG. However, it’s found in many small quantities, making it a minor cannabinoid.

Why should you choose a full-spectrum CBD that boasts plenty of CBC? Here are a few benefits it offers. 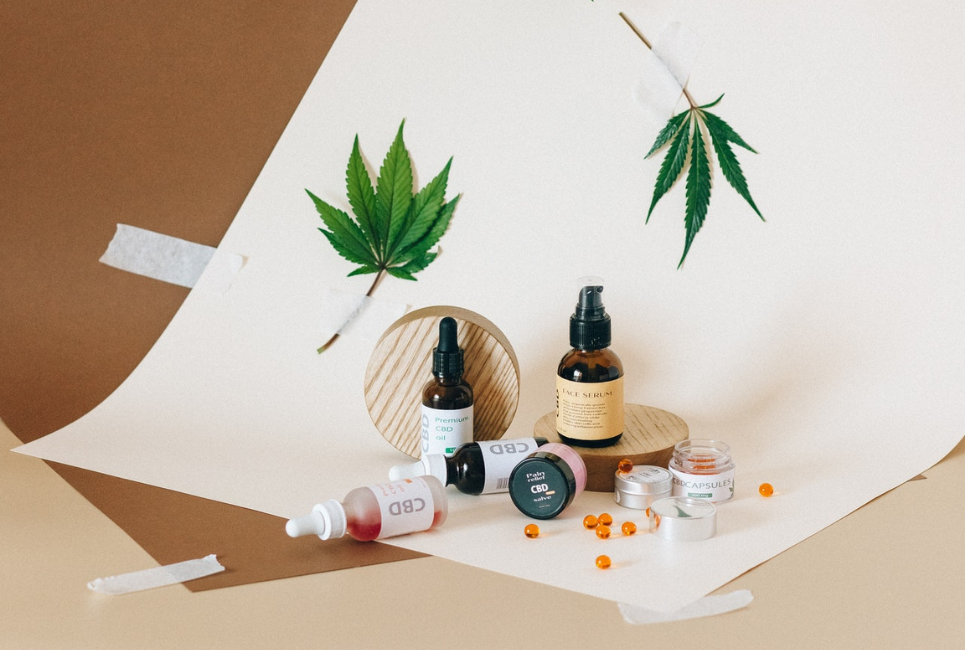 CBC is found in full-spectrum skincare products. It’s beneficial to the skin but in different ways compared to CBD. For example, CBC has powerful anti-acne properties. That’s because CBC inhibits excess lipid production in the sebaceous glands.

Scientific studies show that CBC raises the brain’s molecule anandamide, also known as the “bliss” molecule. This molecule causes a joyous response among people, improving your mood. Keep in mind CBC has better mental health effects when working with other cannabinoids.

There is little insight into the side effects of using CBC. When I search for CBC side effects, I only find side effects for CBD products. Since most of the products I’m recommending are full or broad-spectrum CBD, I will just mention these side effects.

The Entourage Effect: How CBC Works With Other 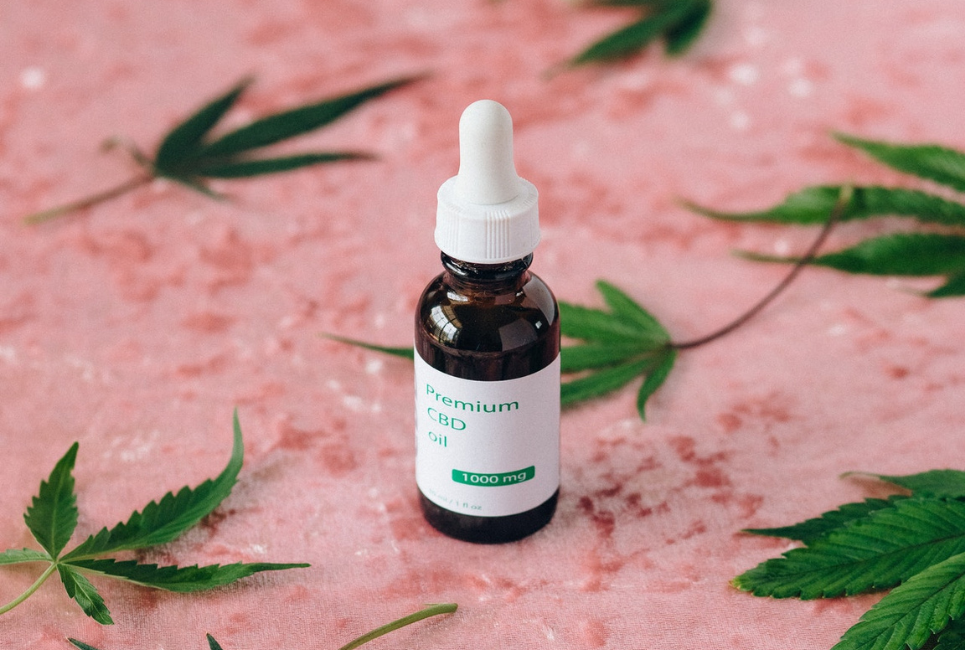 I’ve been stating that CBC works better with other cannabinoids. Why is that important? CBC plus other cannabinoids and terpenes have their own healing effects. When all of these compounds work together, it’s called the entourage effect.

As stated previously, CBC activates the CB2 receptors. However, it binds poorly to the CB1 receptors.

This is important because the cannabinoid 1 receptor is abundant in the central nervous system. These are the main receptors for THC, so you’ll get the most benefits when using full-spectrum CBD with small traces of THC.

Can You Find CBC Products?

Even though CBC is a phytocannabinoid, it’s not a famous one. Therefore, you have a few options as far as finding a CBC product. I could only find one CBC oil, which I mentioned already.

The best option is to use full or broad-spectrum when using CBD, and I recommended both types of products.

There are also specific cannabis strains high in CBC – if medical or recreational marijuana is legal in your area. These include:

This depends on where you get it. If you get the CBC from hemp, it’s completely legal as long as it contains less than 0.3% THC.

However, the strains I mentioned above are only legal in areas where you can consume marijuana. This means states that legalized recreational marijuana and anywhere that allows medical marijuana, assuming you have a marijuana certificate.

How I Chose These Products

First and foremost, there aren’t many CBC products out there. To make up for it, I included full-spectrum CBD products. Full-spectrum CBD encompasses all healing components from the plant, including CBC.

Since CBC doesn’t interact with CB1 receptors, it’s beneficial to also consume THC. I do understand that some can’t consume THC because of work requirements, so I will also recommend broad-spectrum products.

In addition to this, I also looked at the dosages, lab test results, ingredients, and different strengths available.

My Favorite CBD Products With CBC 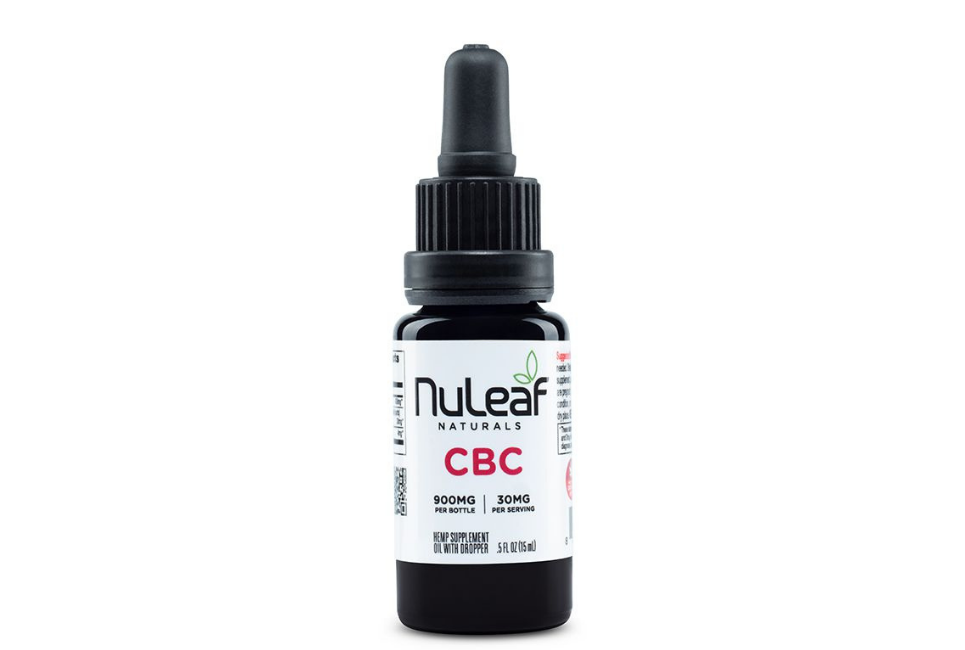 Nuleaf Naturals makes a variety of high-quality hemp products, and they have a line of cannabinoid products aside from CBD, such as this CBC oil.

Since it’s full-spectrum, it also contains other cannabinoids plus small traces of CBD. This oil only contains cannabinoid extract and hemp seed oil, with no additives at all. You can easily find the lab test results on the product page.

They only use organic hemp that was grown in the USA and green extraction methods in all of their products. 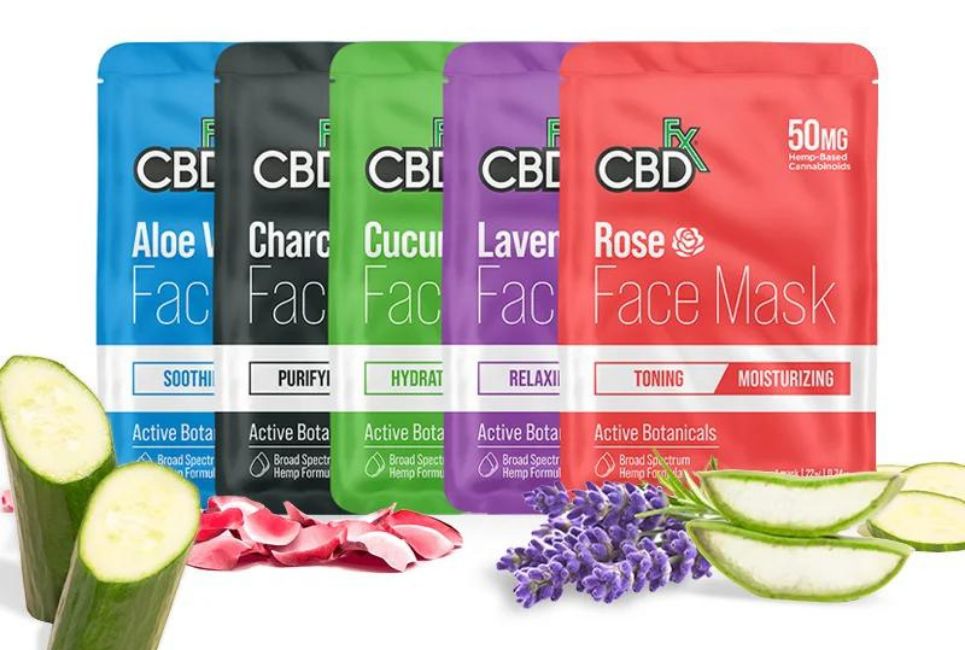 In addition to broad-spectrum CBD, this mask uses charcoal to deep clean the pores. Charcoal also has antibacterial properties, as does CBC. This mask also includes lactic acid, which cleans off dead skin cells from the face. All of this helps prevent future breakouts.

Do not rinse off excess product – instead, pat it into your skin. Follow with a moisturizer and/or serum. 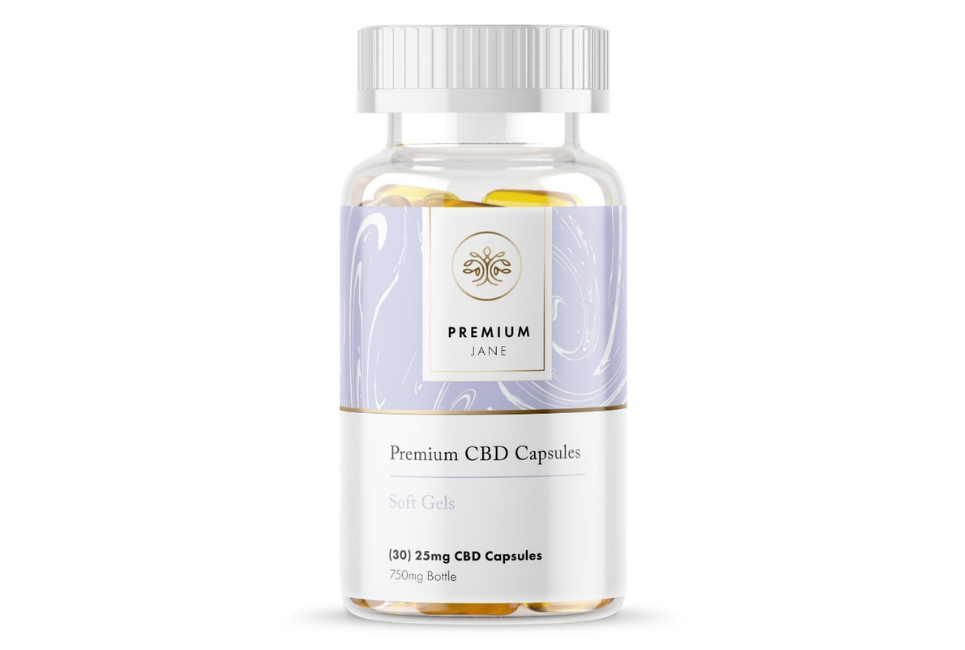 Premium Jane is another CBD brand that makes top-quality products, including these capsules. These full-spectrum capsules contact 750mg of CBD, and each contains 25mg of CBD per capsule.

All of Premium Jane’s products are created with Kentucky hemp that wasn’t treated with GMOs. The cannabinoids were extracted using a CO2 extraction. You can find the lab sheet conveniently on the product page. 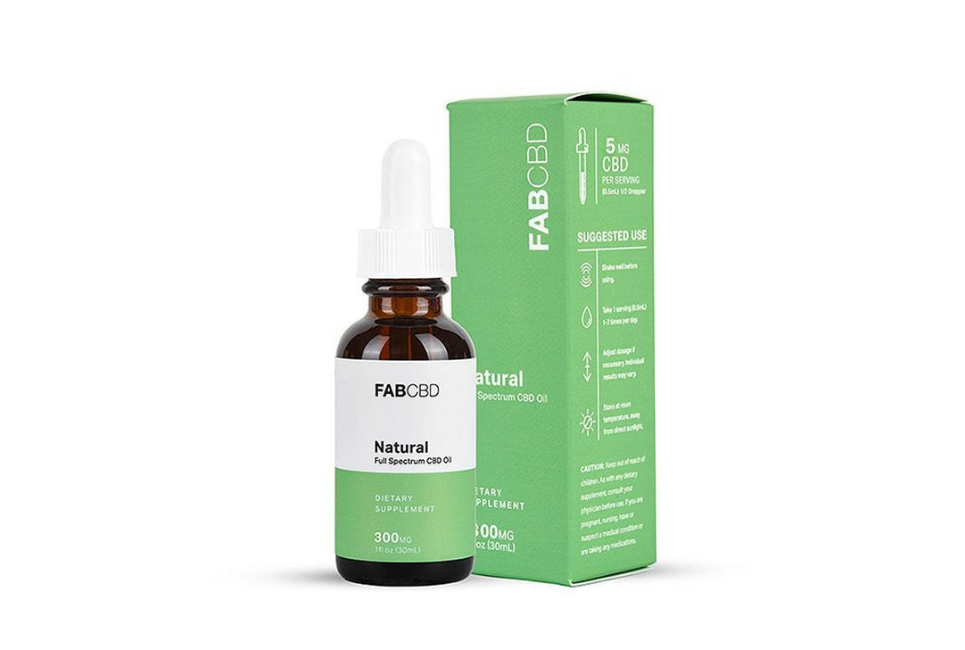 FAB CBD is a name I’ve been seeing for a while. I’m recommending this full-spectrum CBD oil because of its versatile strength options; from 300mg to 2400mg, both new and experienced users can try this product.

In addition, this product is made with natural ingredients. Other than the full-spectrum hemp extract, this product only contains coconut and sunflower seed oil carrier oils. FAB CBD only crafts its products from organically grown hemp from Colorado.

You can find their independent third-party lab results directly on the product page. 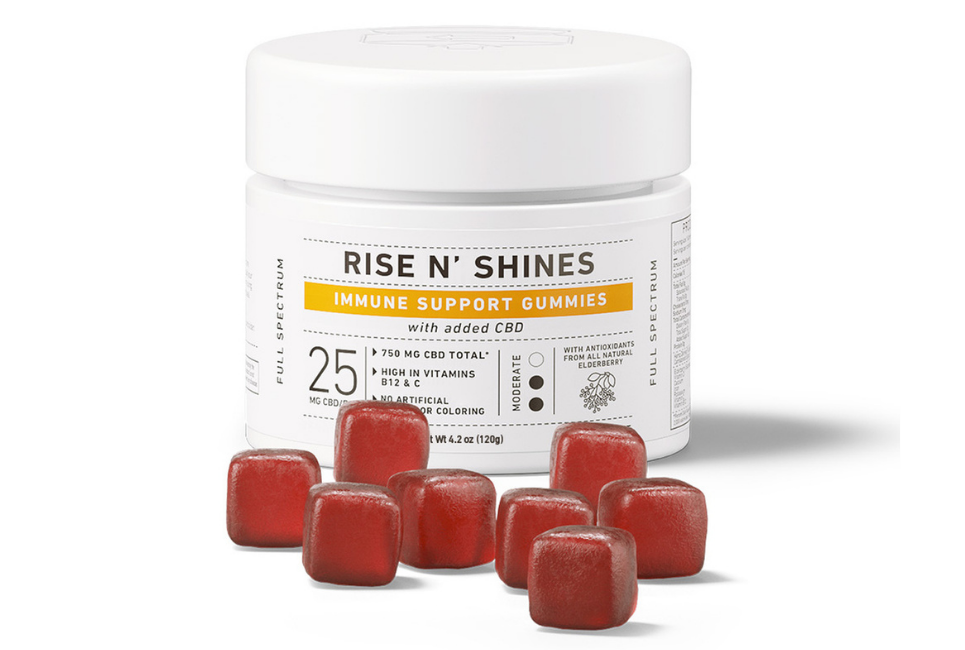 I wanted to find a targeted CBC edible. Unfortunately, I can’t find one. But I am reading that CBC may have antibacterial properties, so maybe this Immune Support Gummy by Green Roads may help?

These gummies feature 750mg of full-spectrum CBD. They also contain vitamins C and B12, as well as elderberry.

Otherwise, I just love what this brand represents. Green Roads’ founder, Laura Fuentes, is a compounding pharmacist. She and a friend formed Green Roads when he wanted an alternative form of healing.

There are three pharmacists on staff that oversee the entire production process.

Question: Can You Find CBC in CBD Oil?

If you consume full-spectrum and broad-spectrum CBD oil, then yes. CBC is a cannabinoid that occurs naturally in the hemp plant. When the cannabinoids are extracted from the plant, CBC is included in the hemp extract used for CBD oil.

Question: Can You Find CBC in Gummies?

Again, if you consume broad-spectrum and full-spectrum CBD gummies, then yes. The extracted hemp will be added to the gummies. Gummies are just ideal for those who want to consume CBD and other cannabinoids in a delicious treat instead of an oil or capsule.

Question: Is CBC Stronger Than CBD?

First and foremost, there are more traces of CBD in hemp than CBC. Both also play a role in the ECS differently.

Since CBC activates the CB2 receptors, it has more prevalence in certain bodily systems than CBD. I’m also reading that CBC interacts with even more receptors than CBD, which is why CBC may be a better choice for pain and inflammation.

However, CBD indirectly impacts the ECS as a whole, so CBD can treat a wider range of complications.

Question: I Have Anxiety. Which Cannabinoid Should I Use?

No matter what your problem is, grab for the CBD oil.

While other cannabinoids, such as CBC, can offer healing, CBD is still the most prevalent cannabinoid in the hemp plant. CBD has promising effects on anxiety and individual anxiety disorders. I personally use CBD for my anxiety, and it has been the only thing that helps.

Since this article is based on CBC, this cannabinoid does show promising effects on mental health. As stated previously, CBC is said to raise anandamide levels. Anandamide is said to reduce anxiety, stress, and fear. I would also argue that it’s best to consume broad or full-spectrum CBD products, though, because CBC isolates are hard to find.

Question: Is CBC Good for Sleep?

From what I’m reading, CBC does seem to be a good option for sleep. However, it’s not the cannabinoid I would recommend the most.

In addition to CBD, CBN is technically not a cannabinoid, but a compound found outside THC molecules.

It’s commonly found in Indica cannabis strains and can give you a little high, which is why many people think it’s a powerful sleep aid. I don’t see too many CBN products, but CBD can be formulated with more CBN to enhance sleep and relaxation.

There’s more to the cannabis plant than just CBD and THC. CBC is a powerful cannabinoid.

Like CBD, it’s non-psychoactive but interacts with the endocannabinoid system differently than other cannabinoids. While it is weaker than CBD, CBC does activate CB2 receptors, which is why it has promising effects on pain, inflammation, and other complications.

I could only find one CBC isolate product, so it’s best to continue taking broad or full-spectrum CBD to consume CBC. I suggest you also look into other minor cannabinoids and compounds, such as CBG and CBN because they also heal in their own unique ways.

7 Health Benefits of CBD for Seniors

How to Find the Best CBD Cream

Whats the Difference Between CBD Gummies and Hemp Gummies?