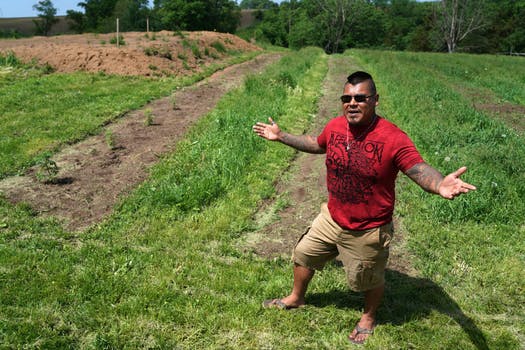 LANESBORO, Minnesota – Minnesota Hemp Farmer, Luis Hummel, has filed a lawsuit against the State of Minnesota for illegally revoking his grower’s and then demanding that he destroy his entire hemp crop, which is valued upwards of $3 million dollars.

This lawsuit comes on the fast-developing hemp industry in Minnesota, which experienced a meteoric surge since Minnesota legalized hemp cultivation in 2015.

Earlier this year in May, Hummel received a letter from the Minnesota Agriculture Department, informing him that his license had been revoked and ordered him to destroy his entire crop. According to the letter, this judgment was delivered because products derived from Hummel’s crop had apparently tested positive for Tetrahydrocannabinol (THC) levels above the state’s legal limits.

Since receiving that letter, Hummel has not received any additional information or evidence regarding what product was tested, how it was tested, or what levels of THC were even detected.

Since he began growing hemp on his farm back in 2017, Hummel’s crop was primarily used to produce various Cannabidiol (CBD) and hemp products, both of which were not likely to contain high levels of THC.

The issue presented in this case is that the State of Missouri delivered a judgment on Hummel that could greatly impact the quality of his life without giving him the right of due process.

There are many details that should have been assessed before the state delivered its judgment, and by neglecting to present this information, Hummel believes that the state violated his rights.

A court date has not yet been established, but this will definitely not be the end of this story. Hummel is eager to defend his rights and protect his crop, and won’t be a victim of the State of Missouri breaking its own rules.

The Entourage Effect: Unlocking the Full Potential of Cannabis

Should You Buy CBD Oil on Amazon?