The Entourage Effect: Unlocking the Full Potential of Cannabis

You may be familiar with the natural benefits of the two primary compounds found in cannabis – CBD and THC – but there are, in fact, hundreds of other medicinal compounds within the plant.

When used in conjunction, they deliver a synergistic phenomenon known as the Entourage Effect.

What is the Entourage Effect?

The Entourage Effect is the synergistic phenomenon that occurs when multiple cannabis compounds work together to deliver a powerful, compounding effect.

With literally hundreds of compounds naturally produced within Cannabis, the variety of different synergies offered within this plant is astounding.

To understand just how powerful the Entourage Effect can be, and more importantly, how it can be used to improve your experience, let’s take a look at the two primary groups of cannabis compounds: cannabinoids and terpenes.

Cannabinoids, Terpenes, and the Entourage Effect

Cannabinoids and the Entourage Effect

Cannabinoids are a group of active cannabis compounds that can interact with receptors in our Endocannabinoid System (ECS) to deliver a variety of effects.

In addition to CBD and THC, scientists have identified more than 100 different cannabinoids within the cannabis plant, and many still remain unidentified.

When used in conjunction, the unique properties of each cannabinoid are enhanced through the entourage effect, naturally delivering greater relief than they would have individually.

Refer to the chart below to learn about some of the primary cannabinoids in cannabis and their unique properties.


Terpenes and the Entourage Effect

Terpenes are the aromatic molecules found in most fruits, plants, and herbs, including cannabis. They are the source responsible for the zesty odor of lemon, the pungent aroma of pine, and the relaxing flavor of lavender.

In cannabis, terpenes are produced in the sticky resin glands of the plant and are responsible for the variety of unique aromas secreted by different cannabis strains.

By stimulating the receptors in our olfactory system, terpenes can stimulate a variety of psychological and physiological effects that can be highly beneficial to the body.

Refer to the chart below to learn about several of the primary terpenes produced in cannabis and how they can be used to enhance the entourage effect.

When shopping for CBD, there are several types of CBD to choose from CBD isolate, Broad Spectrum CBD, Full Spectrum CBD, and whole plant extracts.

Depending on which type of CBD is used, the impact of the entourage effect can vary significantly.

To understand which CBD products can maximize the entourage effect, let’s explore the diverse chemical profiles of each type.

CBD Isolate is produced by isolating CBD and stripping all other compounds and substances from the extract. This results in a pure CBD extract.

CBD isolate products do not contain any other cannabinoids or terpenes, and therefore, will not deliver the Entourage Effect. CBD isolate can deliver the therapeutic effects of CBD; however, unless the user is constrained to pure CBD due to legal reasons, CBD isolates greatly limit the potential effects of Cannabis.

Full Spectrum CBD is produced by extracting the all cannabinoids and terpenes found present in the Cannabis plant, including THC.

Because Full Spectrum CBD contains a full range of cannabinoids and terpenes, it can deliver a powerful entourage effect with benefits that will far exceed those delivered by CBD isolate.

Due to the legal status of THC in most states, Full Spectrum CBD should unfortunately only be used by those residing in states with broad cannabis laws.

For those who live in a state where Cannabis is illegal, there is, fortunately, a solution.

Similar to Full Spectrum CBD, Broad Spectrum CBD is produced by extracting all cannabinoids and terpenes from the plant; however, it then undergoes an additional process to completely remove all THC from the extract.

By removing CBD from the extract, Broad Spectrum CBD can deliver most of the benefits of Full Spectrum CBD, without the strict legal regulations.

Whole plant, or full plant, extracts are often confused with Full Spectrum CBD; however, they are not the same.

While both extracts contain a full range of cannabinoids and terpenes, whole plant extracts undergo less processing than full spectrum extracts and can contain other compounds naturally produced in the plant, including fats, fibers, vitamins, and other nutrients.

Ultimately whole plant extracts will deliver the most powerful entourage effect, however, they are generally regulated under the same laws as THC.

If you live in a state with broad cannabis laws, whole plant extracts will be the best choice for enjoying the maximum entourage effect. 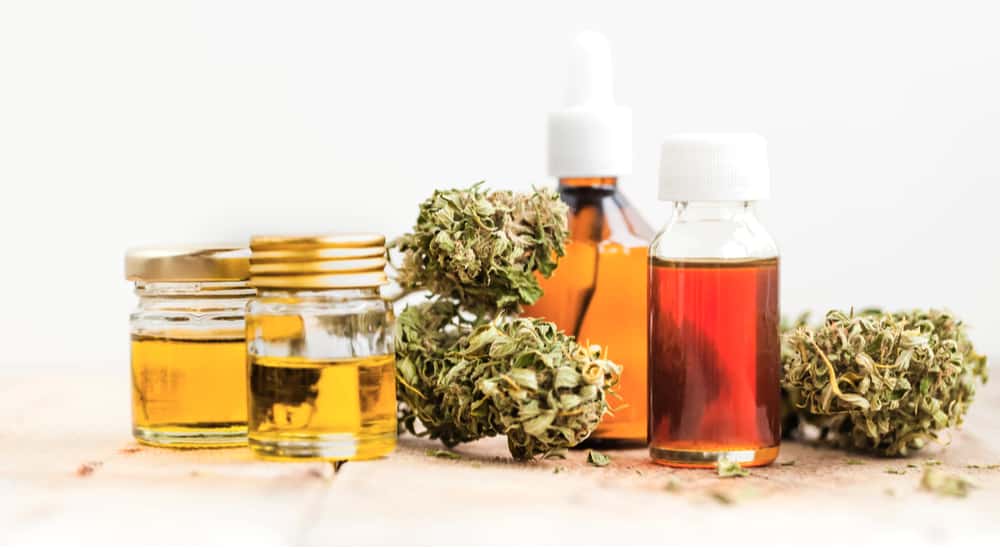 You have a small typo in this article. In the section on Broad Spectrum you say the below but I think you mean to say “By removing THC”

By removing CBD from the extract

Please do a review of the CBD Products from Nature’s Ultra!