Should You Buy CBD Oil on Amazon?

The Truth About CBD Oil on Amazon 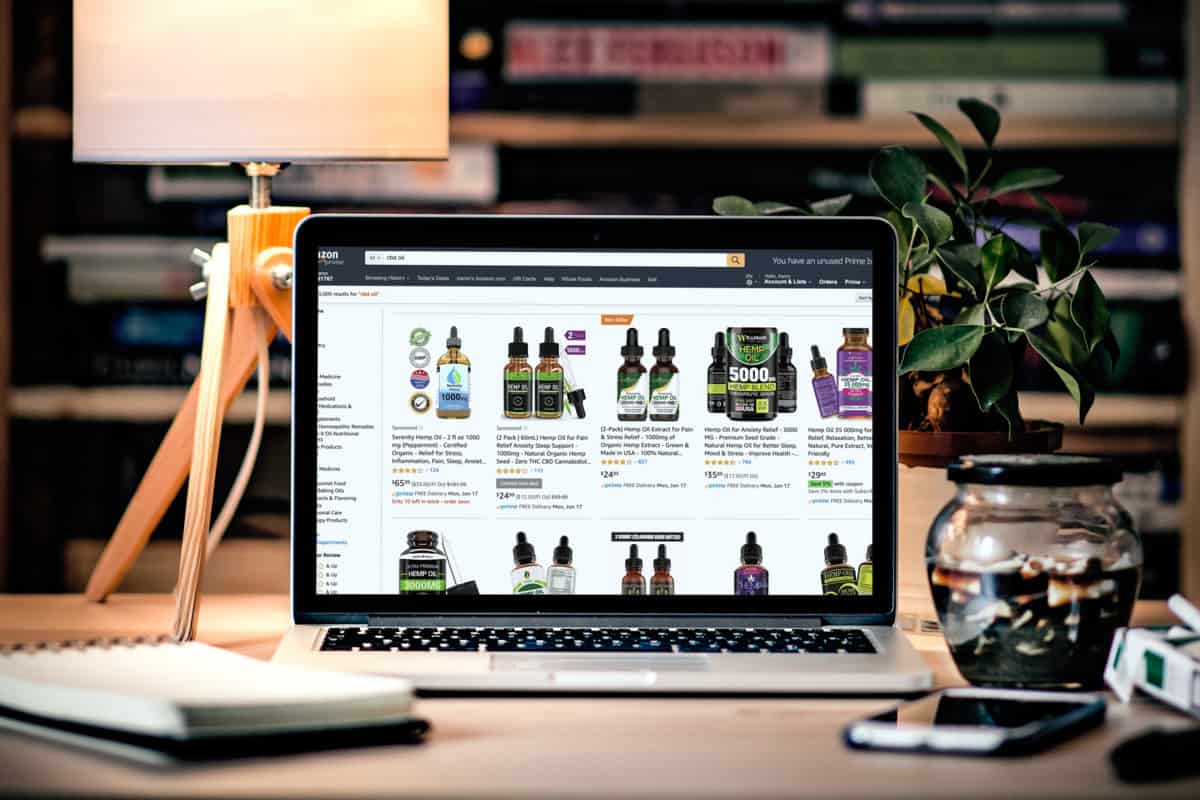 When shopping for CBD online, you may have found that there has been a surge of listings for CBD oil on Amazon.

While increasing demand has spearheaded CBD onto the shelves of major retailers like Kroger, CVS, and Neiman Marcus, it’s quite surprising to find that CBD is being sold on Amazon, given its strict regulations.

My initial thought was that this had to be a hoax, but as an Amazon Prime member myself, I entertained the pleasant idea of shopping for CBD on Amazon, then getting boxes of CBD just two days later.

So was this all some sort of a hoax, or was I wrong and could you actually buy CBD Oil on Amazon?

Is there really CBD Oil on Amazon?

Eager to get to the bottom of this, I Googled “CBD Oil Amazon,” and was shocked to find several search results for Amazon categories with titles like “Pure CBD Oils,” “CBD Oil” and “Organic CBD Oil.”

Maybe CBD was actually being sold on Amazon…

It was hard to believe, but considering the leaps and bounds the industry had taken over the last two years, nothing was impossible.

A little more open-minded, I clicked the “Pure CBD Oils” listing and was even pleasantly  surprised when I landed on an actual Amazon page, with the corresponding title, “Pure CBD Oils.” 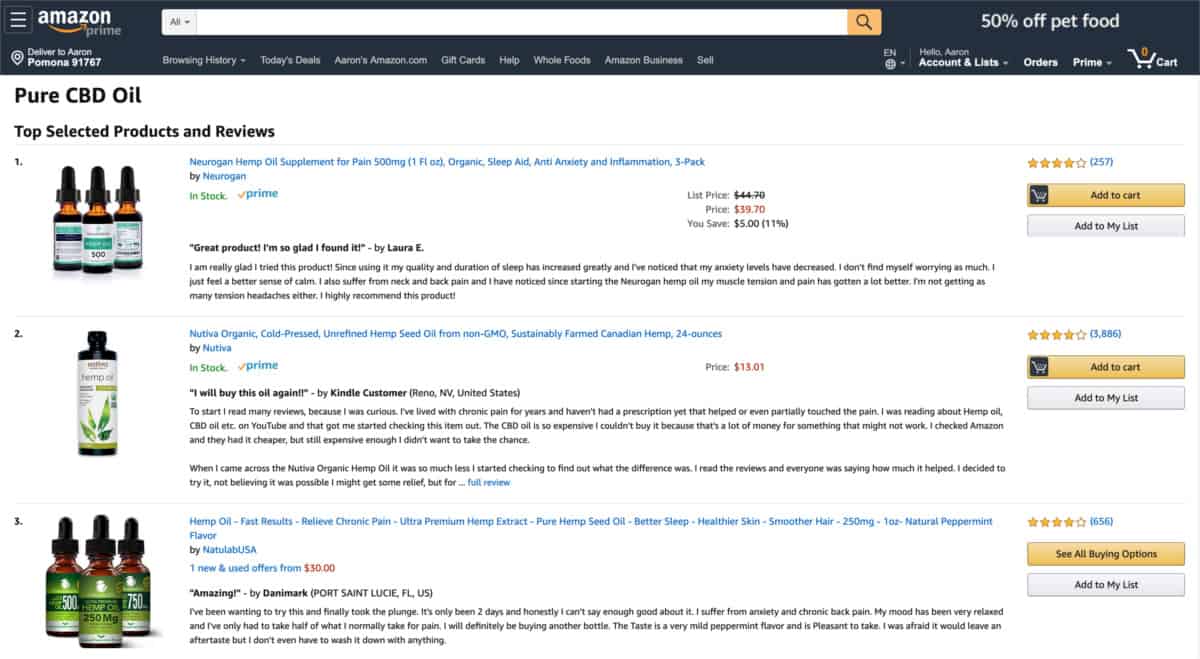 I was about to cast away my doubts and become a believer, but as I began browsing through the first few listings, I immediately realized that the buying CBD on Amazon was too good to be true…

The Problem with CBD Oil on Amazon

While there are a few products from established CBD brands here and there on Amazon, a majority of the CBD products appear to be very generic and can’t be found anywhere but Amazon. What’s worst, despite how much CBDPure is searched by fans of the brand on Amazon, the search results are NOT CBDPure product,s but rather knockoff imitators and competitions. We reached out to the folks at CBDPure, and they confirmed that their brand is not sold on Amazon, and to be wary of anyone claiming to have actual CBDPure bottles that is selling on Amazon.

Even more strange was that a majority of the CBD oil on Amazon were labeled with very high MG concentrations, but were priced much cheaper than typical CBD products. 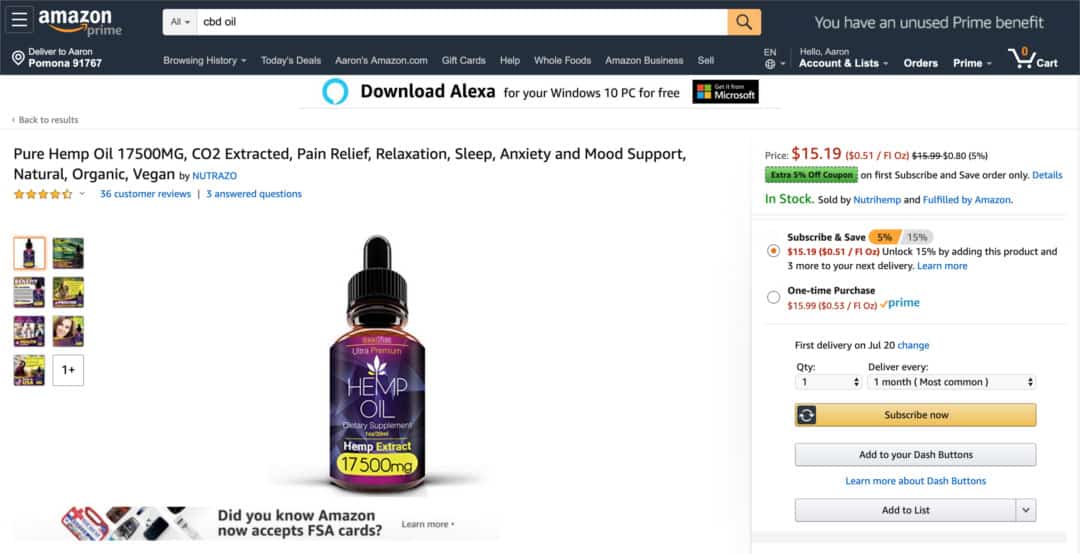 If you think that’s too good to be true… you’re most definitely right. We can say, unequivocally, anyone promising to be selling thousands of milligrams of CBD for less than the cost of a fast-food meal, is lying to you about what is in their product. CBD is expensive to grow, extract, test and bottle, and those costs will be reflected in any legitimate CBD product, so don’t be fooled thinking that you can get a high dosage of CBD for less than a couple of dollars, it simply isn’t true.

The Truth About CBD Oil on Amazon

While CBD derived from hemp, was federally legalized last year under the Agricultural Improvement Act of 2018, the FDA has not yet established clear regulations for CBD. Because of this, Amazon and many other e-commerce platforms are maintaining their existing policies until further clarification from the FDA.

As a workaround to this complication, some CBD brands will label their products as “Hemp Oil” rather than “CBD Oil.” Despite the clear issues presented by this improper use of words, it is a rather common practice in the industry and most customers have become accustomed to it.

In this case, however, it seems that many vendors are using this loophole to exploit the industry’s lack of regulatory structure and trick those shopping for CBD on Amazon.

While the CBD products on Amazon may appear very similar to actual CBD products, they are actually nothing more than Hemp Oil or Hemp Seed Oil and don’t contain any CBD at all.

How to Avoid CBD Oil Scams on Amazon

Unfortunately, the prevalence of these CBD oil scams on Amazon has created an unsafe shopping environment for new CBD users.

Unless you’re purchasing from an established CBD brand that you’ve tried before, you should probably avoid buying CBD oil on Amazon, at least for now.

Amazon is a great marketplace platform where you can score some great deals; but for now, CBD is not one of those deals.

In the near future, Amazon will likely take the proper action to address this problem, but until then, we’ll have to survive without the convenience of Amazon Prime when shopping for CBD online. 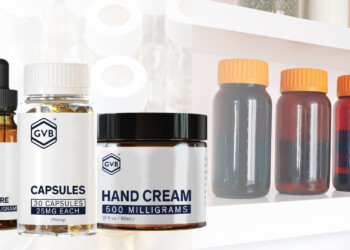 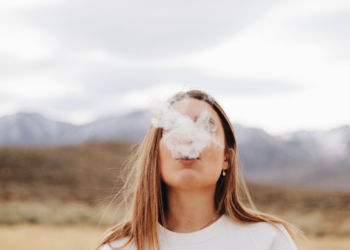