The Benefits of Using CBD Oil for Epilepsy

by Aaron Cadena
in Benefits of CBD, Research

Overview hide
1 CBD Oil for Epilepsy
2 How Does CBD Benefit People with Epilepsy?

CBD is the non-psychoactive counterpart of the hemp plant. According to a 2013 study published in the British Journal of Clinical Pharmacology, CBD provides a wide variety of benefits due to its anti-inflammatory, anticonvulsant, antioxidant, antiemetic, and anxiolytic properties. These properties have allowed CBD to provide significant relief for people suffering from ailments such as anxiety, depression, schizophrenia, nausea, and chronic pain. One of the most significant, and scientifically supported, breakthroughs made in the industry though are the significant benefits caused from using CBD oil for epilepsy.

How Does CBD Benefit People with Epilepsy?

In May 2017, NBC News released an article that covered a study conducted by Dr. Orrin Devinsky. In his study, Devinsky and his research team enlisted 120 children from around the globe with Dravet Syndrome – a rare and often lethal form of epilepsy that can cause prolonged seizures, often leading to brain damage. Currently there is not an official method of treating Dravet Syndrome, making dealing with it even more difficult.

To determine if CBD could be used to provide any type of benefit to the children, Devinsky and his team provided half the children with CBD over the course of 14 weeks, while the other half of the children were given a placebo.

The results are amazing…

As mentioned on hemppedia.org, according to a statement the research team made in the New England Journal of Medicine, “Seizure frequency dropped in the cannabidiol-treated group by 39 percent from nearly 12 convulsive seizures per month before the study to about six; three patients’ seizures stopped entirely.” Now despite your position on whether or not you agree with using cannabinoids as a method of treatment, no person, especially a child should have to suffer from epilepsy, and if CBD can help relieve these symptoms, then it should be considered nothing short of a miracle. 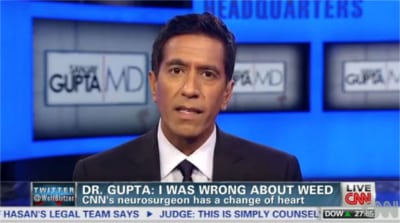 Now one case, of course, does not prove anything; however there are many other scientific studies that positively linking significant relief of epileptic symptoms to CBD oil. Dr. Sanjay Gupta of CNN publicly endorsed the treatment of CBD Oil for epilepsy in his own study. As more and more studies are being performed, it will only further prove that CBD does indeed provide relief for people suffering from epilepsy. And we’re not medical doctors, so don’t take it from us – take it from Dr. Gupta, Dr. Devinsky, and the thousands of people who have experienced the benefits of CBD first-hand.

If you or a loved one suffers from epilepsy, we recommend you to try CBD for yourself and experience the wonders of CBD. Feel free to perform your own research on where to purchase CBD from, or if you need assistance, we invite you to visit our recommended vendors page!

We hope you enjoyed the read, and if you have any comments or questions, we’d love to hear them below!

The Benefits of Using CBD Oil for Depression

How to Use a CBD Tincture

How to Use a CBD Tincture