by Aaron Cadena
in Guides, CBD Education, Learn About CBD

As CBD continues to take the world of health and wellness by storm, people everywhere are shifting their views towards the Cannabis plant, finding natural relief for dozens of health conditions.

With coverage in major publications like The New York Times and Forbes Magazine and support from leading health professionals like neurosurgeon Sanjay Gupta and Dr. Josh Axe, CBD is quickly becoming one of the most popular health trends in the world.

While the popularity of CBD is continuing to rise, it is still a very new industry. Because of this, there are many new and experienced users who don’t fully understand what CBD is, how it works, and how it can benefit their lives.

If you’re one of those people, don’t worry―our CBD beginner’s guide will help you learn everything you need to know about this amazing Cannabinoid!

Let’s start off with the basics.

Overview hide
1 What is CBD and How Does it Work?
2 The Endocannabinoid System
3 Is CBD Legal to Use?

What is CBD and How Does it Work?

CBD (Cannabidiol) is a compound found in the Cannabis plant. It can be used in several different ways including vaping, CBD Oils and tinctures, capsules, and edibles. 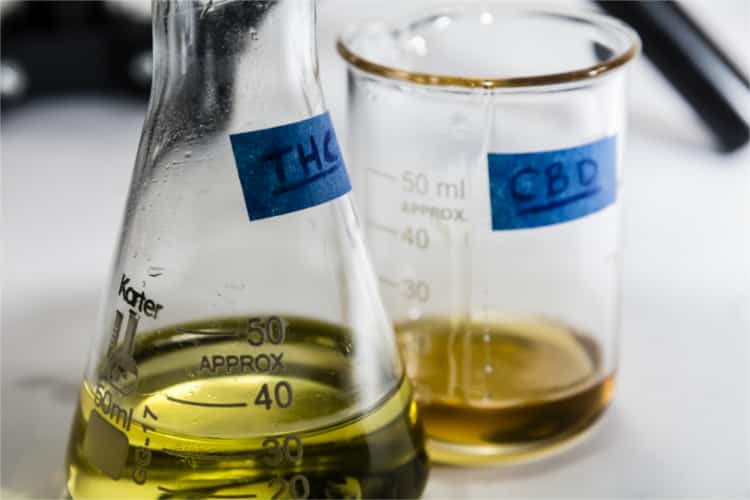 Unlike its close relative, THC (Tetrahydrocannabinol), CBD is completely non-intoxicating This allows us to benefit from the many health properties of the Cannabis plant without the negative side effects of “getting high.”

Because of this, CBD became a very popular option for those seeking a natural alternative to treat conditions such as chronic pain, multiple sclerosis, PTSD, epilepsy, and other disorders.

At first, many were skeptical, thinking that a natural compound, let alone a Cannabis-compound, could effectively treat such a wide range of conditions. But as medical researchers learned more, and the stories from tens of thousands of people began to stack up, the truth was undeniable––CBD works. 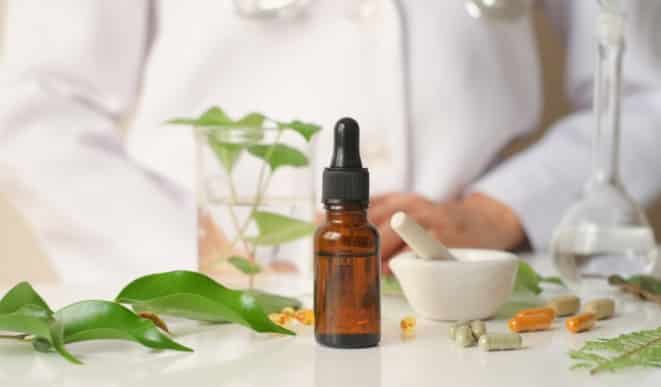 So, how exactly does CBD work?

For starters, CBD inherits many of the medicinal properties of Cannabis such as being anti-inflammatory and anti-anxiolytic. This allows it to provide natural stress, anxiety and pain relief.

But this alone isn’t what allows CBD to benefit so many conditions.

What allows it to effectively treat so many conditions, and maintain health and wellness in the body, is how the cannabinoids found in CBD interact with receptors throughout our body.

Let’s talk about the Endocannabinoid System.

In 1988, the first cannabinoid receptor was discovered in the brain of a rat. Researchers found that these receptors reacted specifically to THC, and were found primarily found in regions of the brain responsible for mental and physiological processes such as memory, high cognition, emotion, and motor coordination.

Two years later, in 1993, the second cannabinoid receptor was found as part of the immune and central nervous systems. It was then that researchers started to realize that they may have been onto something, but these receptors were only found in rodents, so what’s the big deal right?

Fast forward to 1995, researchers discovered that these receptors, now officially referred to as the CB1 receptor and CB2 receptor, were found not only in rats, but within thousands of other species, including humans.

Thanks to advancements in technology and knowledge and tons of clinical trials, researchers were able to reverse engineer what they’d discovered, trace back through the metabolic pathways of various cannabinoids, and uncover an entirely unknown signaling system between the CB1 and CB2 receptors in our bodies and receptors found in Cannabis compounds, which they called “endocannabinoids.”

Due to the role of endocannabinoids in this system, the system was officially named the Endocannabinoid System (ECS). 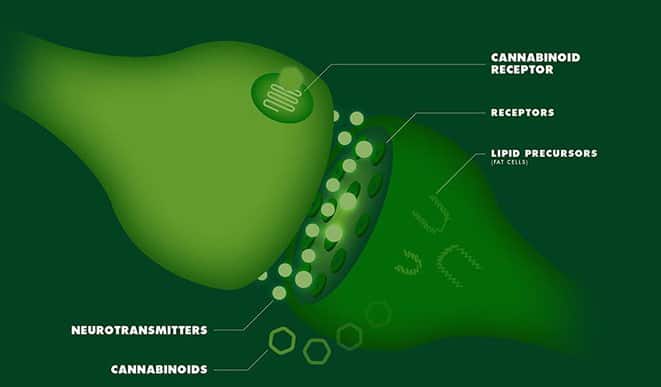 As researchers learned more about the ECS, they discovered that it was a vital component in maintaining the body’s homeostasis, which is the ideal balance between interdependent elements in the body.

To give you an idea of how the ECS helps maintain homeostasis, Let me give you an example. When we become stressed, our mind releases cortisol, which is the compound responsible for how we feel when we are stressed. Cortisol can be helpful when we need to react quickly to a dangerous situation; however too much disrupts the natural balance of our body and mind can result in serious health problems.

When certain endocannabinoids are introduced into the body, it not only helps provide stress relief, it helps manage our perception of stress so that we can look at the situation with a clear mind, and make the best decision.

With all the scientific jargon, this last section may have been a little confusing. So just to clarify… Scientists discovered that there are systems in our bodies that are solely dependent on their interaction with cannabinoids, and these systems are part of vital functions in our bodies.

Basically, our bodies were designed to work with cannabinoids, and they can even be considered as essential to our overall health and wellness.

With such a discovery, you’d think we wouldn’t have to cover this next section… but here we go.

Is CBD Legal to Use?

So this is obviously a very important question for new users, but there isn’t exactly a one-size-fits-all answer. 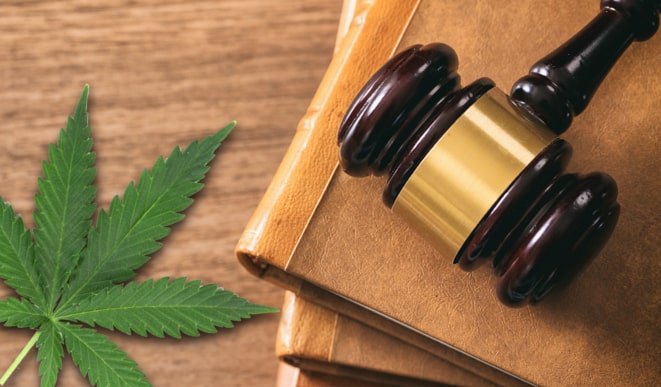 Over the last 50 years, governments of the world prosecuted Cannabis for its psychoactive effects and deemed it as a “gateway drug.” Because of this, the world formed a negative perspective about Cannabis and anything related to it.

Now, thankfully, the general opinion is starting to shift in a positive direction, but there has still been a lasting impact on society, including our governing laws.

Every country has its own laws governing Cannabis and its compounds. In America, the Food and Drug Administration (FDA) has deemed CBD as federally illegal; while, at the state level, each state has its own laws on the matter, which is pretty confusing.

In one state CBD may be completely legal, while being illegal in another. Some US States even have different laws if the CBD is derived from hemp oil or medical marijuana.

With that being said, there isn’t a general answer to this question “Is it Legal to Use CBD?”.

Here are some helpful resources to make your job easier:

We hope you enjoyed our CBD Beginner’s Guide, and that it served as a good start into learning about CBD. If you’re ready to keep learning, check out our next recommended articles:

Thank you for being a part of our community! If you have any questions or comments, please engage in the comments section below.

What is CBD Bioavailability and Why Does it Matter?

Who do I trust too buy from?

There are many CBD companies you may purchase from online or brick and mortar. Before you make your decision, we encourage you to read our article, “10 things to Know Before You Buy CBD Online.” These 10 tips will help you decide which company best suits your values. Also, take a look at our “reviews” page to learn about a variety of CBD products that have third party lab reports (one of the 10 tips) and more.

Can it help psoriasis