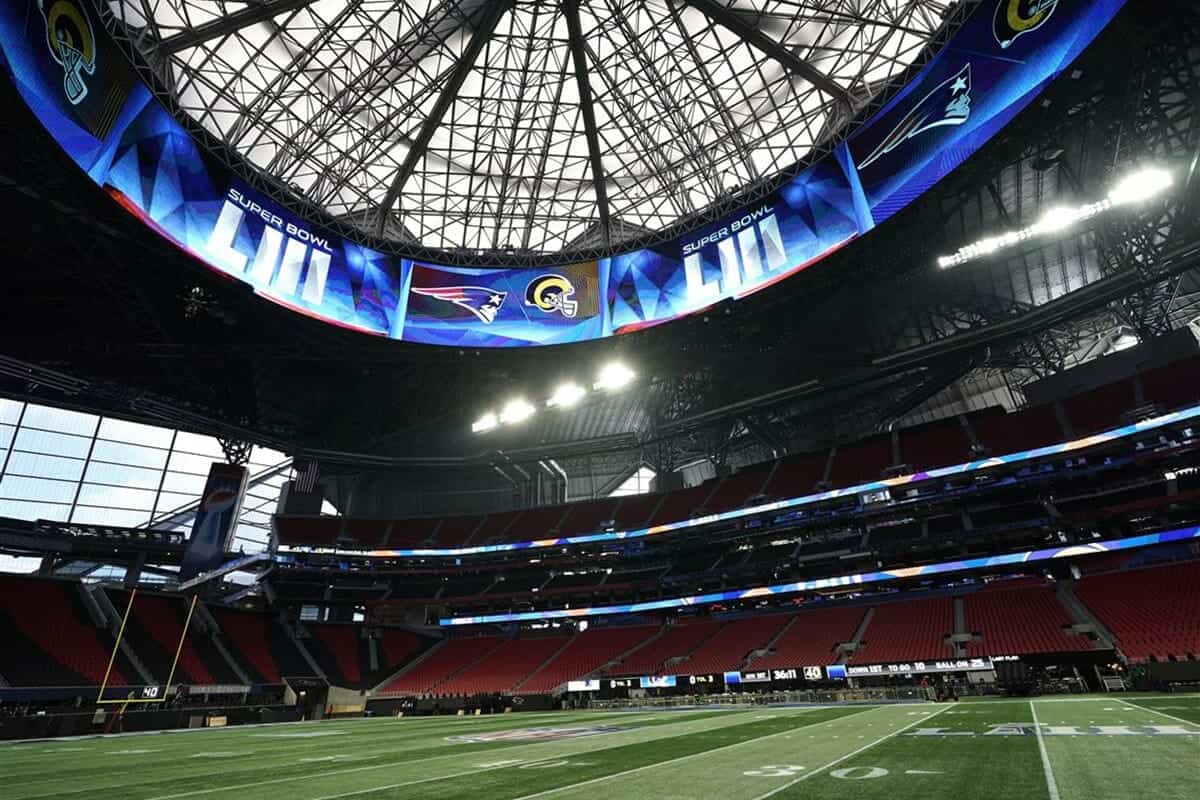 For the first time, CBD ads will appear at Super Bowl LIII, as the the Los Angeles Rams clash with the New England Patriots.

Throughout the duration of the event, Barista’s EnrichaRoast CBD Coffee ads will appear in various locations around the Mercedes-Benz Football Stadium.

While the CBD Coffee brand’s ads have been approved to appear at the stadium, these ads will not be broadcasted on television due to CBS’ select advertising policy towards cannabis-related products.

While this is definitely a big victory for the CBD industry, preventing these ads from airing on national television will stifle its potential to inform Americans about the benefits of CBD, substantially.

This isn’t the first time CBS has blocked cannabis-related advertising from airing on their network.

CBS recently denied a 60-second commercial by Acreage Holdings that was not promoting any products, and was intended to merely inform Americans about the many benefits of cannabis.

CBS defend their decision by stating that the commercial was “not consistent with the network’s advertising policies.”

“We’re not particularly surprised that CBS and/or the NFL rejected the content,” Acreage president George Allen tells Esquire. “And that is actually less a statement about them and more we think a statement about where we stand right now in this country.”

Considering that cannabis is banned from the NFL, and American views towards cannabis are still quite divided, it’s no surprise that the cannabis-focused ad was denied.

CBD is or should be a different story though.

Primarily derived from the hemp plant, which was fully legalized and de-classified as a Schedule 1 drug by the 2018 Farm Bill, CBD is non-intoxicating and research shows that it can deliver numerous health benefits.

Airing on national television could have done wonders for CBD awareness across the country, and it’s a shame that it won’t be happening.

Nonetheless, the appearance of CBD coffee ads at Super Bowl VIII is still a touchdown for the industry. Hopefully, this will help influence major television networks to adjust their advertising policies to accommodate CBD advertising in the near future.